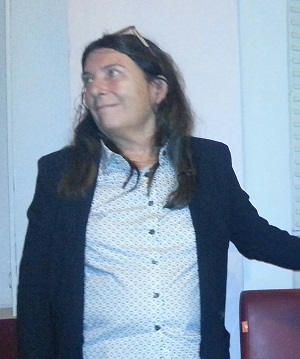 It is with deep regret and profound sadness that we announce the passing of a valued colleague and friend at SIETAR EUROPA, Claude Bourgeois, on September 12th 2019.

Claude was on the SIETAR EUROPA board, representing SIETAR France at the same time in 2014. Claude served as President of SIETAR EUROPA from April until October 2015.

Claude Bourgeois worked as International Relations Manager in a Grande Ecole in Lyon for 20 years. She was then posted in Japan, Egypt and Morocco for 7 years for the French Ministry of Foreign Affairs. Back in France, she worked as director of small size companies in Paris, Strasbourg, and Vichy.

Claude has greatly contributed to the intercultural field and will be deeply missed.

We extend our sincere condolences to her family and friends.

Any cookies that may not be particularly necessary for the website to function and is used specifically to collect user personal data via analytics, ads, other embedded contents are termed as non-necessary cookies. It is mandatory to procure user consent prior to running these cookies on your website.