It is with deep regret that we have to inform you of the recent passing of Maura Gallagher. She is seen below (standing in white jacket) with Alice Davis (seated), Acting President of SIETAR Ireland. 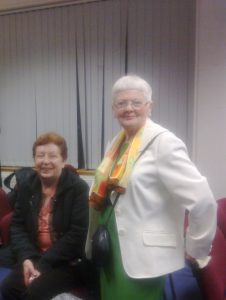